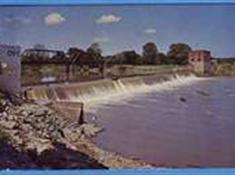 Osceola continues to meet the future with the pioneer fortitude of its forefathers.  According to the 2010 Census, it's population is 942, with 2 museums, a county library, airport, hospital, and medical facilities to meet the needs of its citizens.  The fourth class municipal government provides a public utility system.

In retaliation of Lane's raid, Quantrill and his guerillas raided, burned, and demolished Lawrence, Kansas.  With the cry of "never forget Osceola" on their lips the guerillas made Jim Lane regret his march to Osceola.  Recently, Veterans erected a monument in the Osceola Cemetery to commemorate the memory of over 200 men and women who believed in and/or fought for the Southern cause.

In 1929, the Osceola Dam was completed.  The lake to be formed by the dam was promoted as the first step into the new Harry S. Truman Dam near Warsaw, creating Truman Lake.  Today, Osceola offers some of the best fishing and hunting in the Ozarks.

Some of the first white men to visit and eventually stay in St. Clair County were Jacob Coonce, Phillip Crow, and Richard Crutchfield, who opened the first trading post locating it on the Osage River downstream from the original Osage villages.  In 1839, the town was name for Chief Osceola.

Osceola was considered the head of navigation on the Osage River.  This brought prosperity to the community in the 1850's, with steamboats and wagon trains using Osceola as a trading center.  As Osceola continued to prosper, it became engrossed in the slavery issue.  Osceola would be thrown into the Civil War along with the rest of Missouri.

At the beginning of the Civil War, Osceola has more than twelve businesses, several churches, a bank, and a newspaper office.  In 1860, Osceola had 2,077 residents, but by 1865 only 183 people remained.  General Jim Lane, an abolitionist commanding the Kansas Brigade, saw Osceola as a town of wealth and consequence; one that could be raided with little or no opposition.  On September 23, 1861, he marched into Osceola, looted the town, burning all but a few houses.  The only thing he was unsuccessful in stealing was $150,000 in bank deposits removed only minutes before his army of 1500 entered the town. 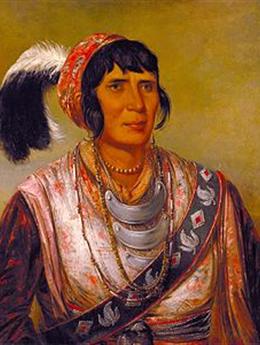 Osceola is named for the famous Seminole Chief Osceola.  Osceola means "Black Water" in Seminole.  Fitting for a community who sits on the banks of the Osage River in southwest Missouri.

The first known people to inhabit Osceola and the surrounding area were the Osage Indians.  When Europeans first met the Wazhazhe, using rough French phonetics, they translated the name into the word "Osage".  The Osage also called themselves by their ancient name, NiuKonska, which may be translated as "Little Ones of the Middle Waters".  The Osage Indians signed a treaty in 1825, which moved the tribe out of Missouri and allowed for a greater influx of white men and settlers.